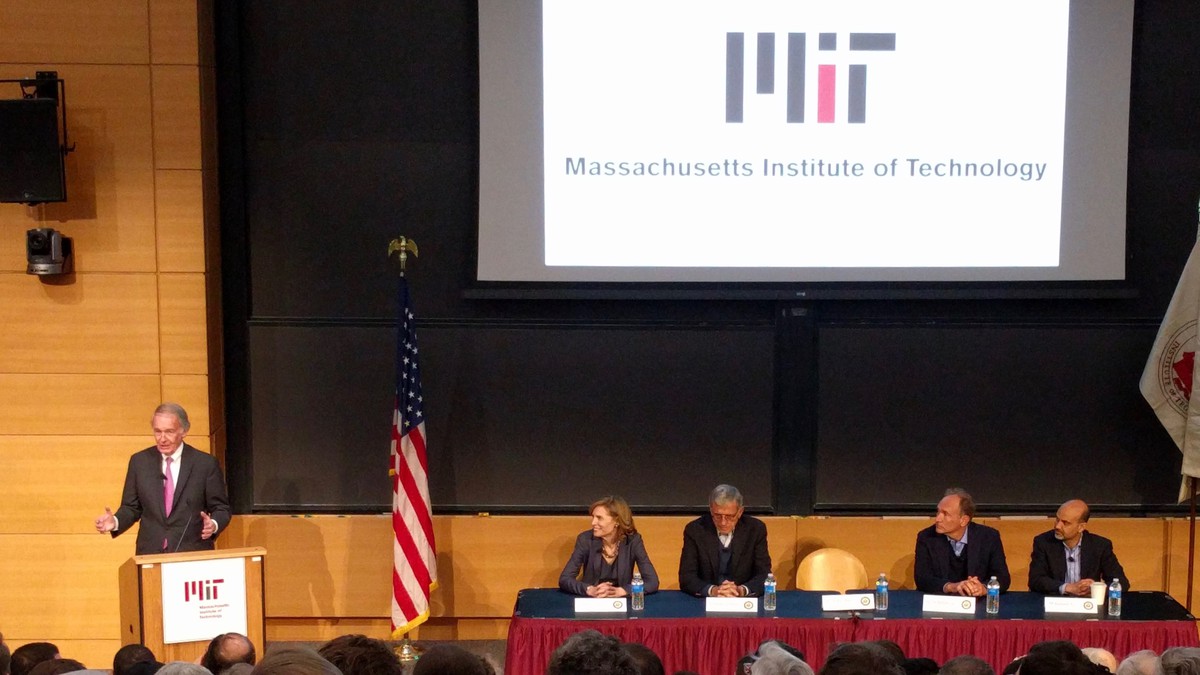 Tonight I had the good foturne to attend a panel on Net Netrality hosted by Massachussetts Senator Ed Markey at the Wong Auditorium in Cambridge. The panel included former FCC Chairman Tom Wheeler (the good one), Harvard Law Professor Susan Crawford, CEO of Carbonite, Mohamad Ali, and Sir Tim Berners-Lee (invented the internet). 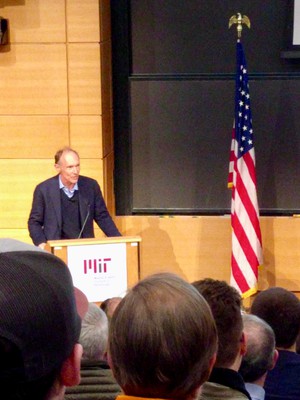 The panel served as the launch of Senator Markey's one month campaign to get Republicans on board with voting to overturn the current FCC's removal of net neutrality protections. He's calling this #onemorevote as currently the 49 Democratic Senators and Republican Senator Susan Collins have given their support. 51 votes are required.

The discussion included comparisions from history such as when railroads used access to their networks to charge small farmers more than large agricultural companies to ship goods. As a result of electric monopolies, FDR broke up electric companies and regulated prices, increasing the number of Americans able to access electricity.

It's astonishing that over three quarters of American's have only one choice when it comes to an ISP. This is clearly a situation where competition is required, not only to prevent monopolies, but to stimulate competition between ISPs.

It was ironic to attend this panel when elsewhere in the country, one of the days headlines read, ISPs should charge for fast lanes-just like TSA Precheck I think this analogy mistakes the role ISPs serve. It's fair game to charge for data that is used, just like a utility bills for water or electricity used. But no one would tolerate a utility arbitrarily slowing down water pressure to a trickle unless a customer paid more for higher pressure.

My takeaway from the evening was that people should consider internet access a fundamental right. It's what the economy runs on and it creates jobs. It needs to be protected so it can continue to allow innovation to flow freely.

It's going to take lots of calls to representatives in the next month to make the repeal successful, and it's important that it succeeds.